skip to main | skip to sidebar

Letting go of Control on the Way to Freedom 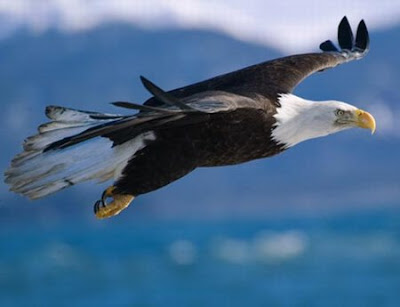 Imagine a high mountaintop with an eagle’s nest on top of a crag. Far below is a deep valley. In its nest lives a mother eagle with its baby. Each day the mother eagle goes off in search of food, and after awhile returns to the nest to feed her baby.

One day the mother doesn’t come back. As hours go by, alone and hungry, the baby becomes anxious. Still the mother eagle doesn’t return. The baby’s anxiety turns to fear. “Why hasn’t she returned? I’ll starve here all by myself. Has she forgotten me?”

Just as the baby is becoming really terrified, the mother finally returns – with a mouse in her beak. But she doesn’t alight in the nest and push the food into the baby’s mouth as she had always done before. Instead, she perches on the edge of the nest, just out of the baby’s reach. From her beak the mouse dangles invitingly. The baby’s hungry eyes fix upon it ; on wobbly legs, he lunges forward. The mother eagle suddenly flies up, just out of the baby’s reach. The baby finds himself standing on the edge of the nest as the mother circles around in the air.

The baby begins squawking and complaining, confused and angry that his mother could be so cruel. Doesn’t she know how hungry he is ? The mother swoops down close to the baby and he lunges again at the mouse dangling from her beak. Again, at the last moment, she glides out of his reach.

This time, the baby’s lunge causes him to topple over the edge of the nest and he begins to fall – down, down, down toward the valley below, squawking, crying, struggling. He is shocked that his mother could just let him drop like this. She had taken such good care of him all those weeks in the nest.

The mother eagle is circling above, but she does not interfere with the baby’s fall. Down, down the baby eagle drops, tumbling, squawking, screaming at his mother. The valley floor grows closer and closer. The baby becomes angrier and angrier with his mother. How could she do this to him?

Finally, anger turns to terror as the baby realizes he is probably going to die. He glances at the approaching valley floor. There is nothing to do but give in to his fate. At the last moment, he puts his head into the fall and surrenders. As he does this, his wings relax and spontaneously stretch out. Miraculously , he begins to glide. He is flying ! He is free !

His mother now swoops down beside him. Together they soar up and up, high above the valley floor. Then she begins to teach him how to ride the air currents and soar even higher.

Just as the baby bird had to surrender and relax into falling in order to be able to spontaneously fly, we have to surrender and relax into the pain of our human situation, in order to evolve into the next step of our evolutionary journey. In order to be able to choose the relaxation response (trusting the divine) instead of the “fight or flight” reactivity response ( being controlled by ego), in order to choose to come from compassion when people are behaving in ways we do not like, we need to be able to accept the way things are right now, to make peace with reality as it is presently unfolding. We need to see very clearly that things are the way they are whether we like it or not, so the wisest course of action is to accept things as they are( forgive), until we can collaboratively figure out a way to make things better for everybody through peaceful communication.

Stages of grieving: Stages of healing: Stages of letting go: Stages of making peace with reality: Stages of death and rebirth : Stages of evolution
1. Physical resistance: Denial, shock, minimizing, repressing “ I just can’t accept it .”
2. Mental resistance: Bargaining: If only…
3. Emotional resistance: Anger
4. The darkness before the dawn : Despair
5. Acceptance ; surrender; letting go; forgiving; allowing, softening and opening; release and relief from suffering
6. Rebirth – a new sense of self with greater freedom to navigate life wisely
7. New beginning – a new life based on the more highly evolved you
8. New challenges- new surrenders into ever deepe
Posted by Joan Doyle at 6:19 AM 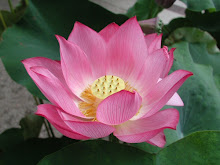 I am aware that a growing and tangible shift of consciousness is happening on our planet, that more and more people are waking up to the truth of their essential being. Increasing numbers of people are awakening to a deeper dimension of reality, and breaking through from old life patterns based on hope and fear to create transformed lives based on service and inspiration. My work exists to support this mass awakening into oneness by teaching meditation, coaching others in awakening to true essence, and sharing with them the grace of the Oneness Blessing.

I grew up in Fredericton, New Brunswick and received a Bachelor of Arts and a Bachelor of Education degree from Saint Thomas University. I received a Master of Education degree in counseling psychology from the University of New Brunswick. I am a Canadian Certified Counsellor with CCPA, a Registered Social Worker in NB and possess a certificate VI teacher’s license. I have a private counselling practice in Fredericton. My website is http://joandoylecounselling.com.

My lifelong passion for spiritual awakening has led me to participate in numerous training programs, workshops and retreats. I participated in the EST training in the early 80’s and studied psychosynthesis psychotherapy in Montreal in the early 90’s. I have traveled frequently to Kripalu yoga and meditation centre in Massachusetts, and to the Omega Institute of holistic studies in Rhinebeck, New York. In 2007, 2008, 2010, and 2012, I traveled to the Oneness University in south India , a spiritual growth education centre, to become an advanced Oneness Blessing giver and a Oneness Trainer. I have studied with several awakened spiritual teachers and continue to deepen in my own gradual awakening. I became certified in The Realization Process Embodiment by Judith Blackstone in 2016.
In my personal life I have been divorced and single for many years. I am mother to four beautiful grown children and have four exquisite grandchildren who light up my life.
Sessions with Joan:
You may contact me via my Counselling website to arrange a personal session. http://joandoylecounselling.com